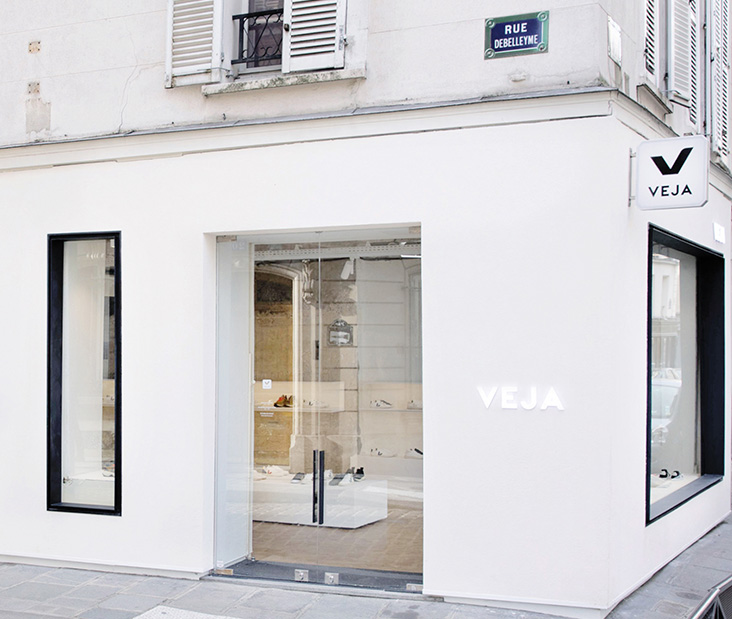 Online orders on the website www.veja-store.com cannot be returned to the store.
Please make your returns by following the online procedure only. For more information please see our return policy.

Since 2005, VEJA is deconstructing the production chain
from A to Z,changing every step of the way. From more ecological
raw materials to the people in charge of sending the sneakers,
VEJA is proving that working freely and differently is possible.

The brand has grown internationally at a constant speed since
the beginning and is now sold in the finest selective stores
around the world. The main market of VEJA is now the US and the UK,
representing around 40% of its sales. The range of
the collection grew step by step, following this expansion.
Equally along with the strong online presence of the brand,
it was time for VEJA to launch its first physical space and create
a destination store in the center of Paris.

This new setting extends over 80 sqm with a clean
and minimalisticinterior, where the main idea lies in stripping
down existing layers and elements, adding only the essential
furniture, masterminded by Paris-based architecture agency ciguë. 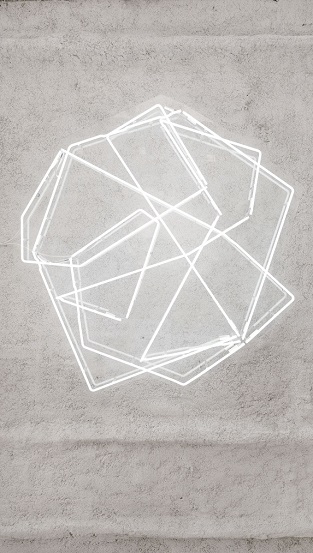 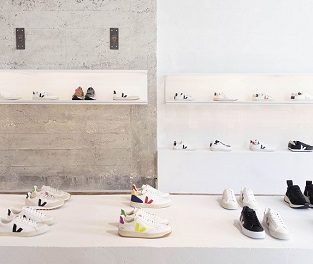 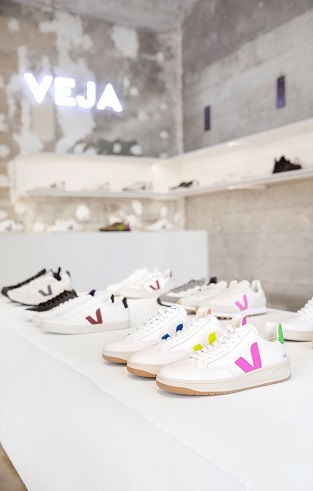 A humble and ecological store.

The mix of ciguë’s Japanese-like approach with VEJA’s more
electrical way of working creates a balanced, humble and
dynamic space. In line with VEJA’s way of making a sneaker,
ciguë revisited the materials and processes used to build the space.
The cigüe team created a new material developed in-house,
made from plaster and recycled paper. The pressed paper panels
are used throughout the store as a backdrop to enhance the sneakers.

Both teams gathered ideas to create an ecological store,
by reducing the use of paints and artificial decorations,
cigüe left the shell rough and raw, in its initial state,
revealing its history. The choice was also made to keep
the existing façade and wooden floor recently renovated
by the Parisian designer Raphael Navot. As a final key element,
the lighting was conceived by the Brazilian artist Kleber Matheus,
a master of neon lights.

Back in 2008, VEJA switched from EDF to ENERCOOP,
adhering to renewable sources of energy for the main headquarters
and for the different stores. ENERCOOP is a French green electric
cooperative, who pledges to insert renewable energyin the grid,
matching its consumer’s consumption. 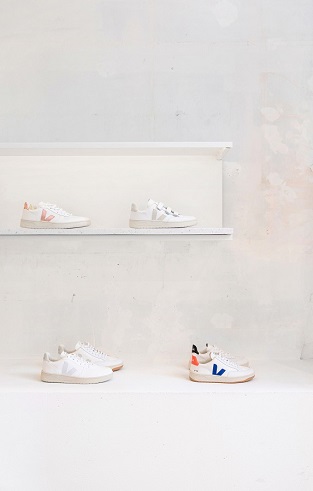 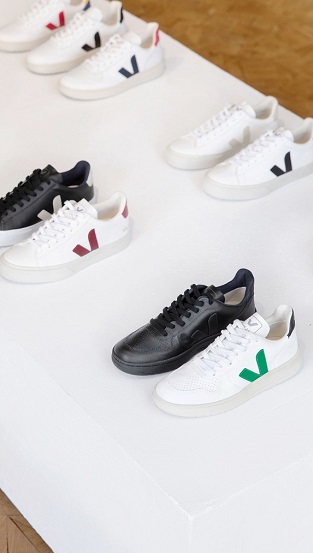 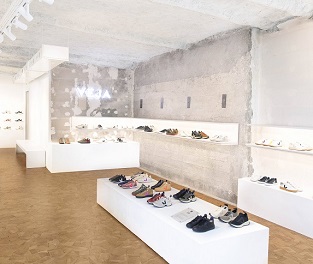 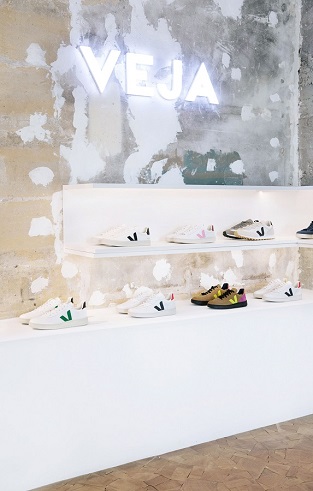 In Montmartre, VEJA opens a raw, minimalist, and sober place. Inspired by São Paulo’s brutalist architecture of the ’70s, it combines wood and concrete.

For this store, VEJA’s will has remained the same: preserve the existing and only add what’s necessary.

The VEJA studio and architect Hugo Haas have worked to preserve as many elements of this former premises as possible,